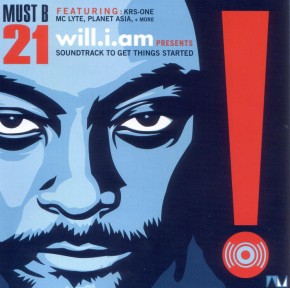 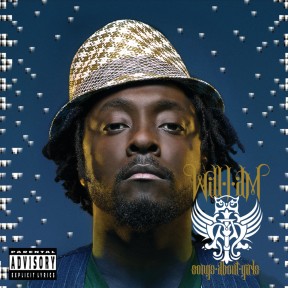 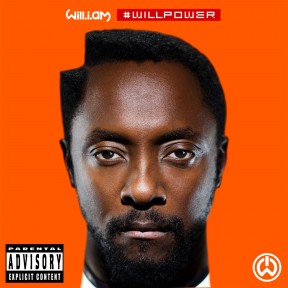 Lost Change is the first will.i.am’s full-lenght album. It was released on October 2, 2001 by Atlantic Records and it is a part of BBE’s Beat Generation series.

No singles have been released from this album. But there is a music video made for the song "I Am".

The sixth track "Money" was re-worked for will.i.am's third studio album "Songs About Girls" and re-titled to "Spending Money".

Jay Dee and Pete Rock’s extremely contrasting contributions to BBE’s ambitious and rapidly unfolding beat-suite series has made it increasingly difficult to discern where the label’s “true” musical vision lies. While Jay Dee’s Welcome to Detroit was a more rhyme-orientated opus, Pete Rock’s Petestrumentals was a distinctly jazzy, instrumental-based endeavor. will.i.am’s “Lost Change” is a solid extension of this movement, as it cozily nestles itself in between these two releases, sprinkling in an equal assortment of both beats and rhymes. Though will has taken the instrumental-based series and put his own stamp on it, that stamp still contains occasional hues of Black Eyed Peas’ (of which will is a member) organic stylings (“Ev Rebahdee” featuring Planet Asia). Yet, BBE’s progressive format frees will up to dabble in a menagerie of musical styles. And he is up to the challenge, as “Lost Change” fuses together aspects of jazz, electronica, funk, Caribbean, and trip-hop rhythms. While the straight-up rhyming tracks border on sublime (“I Am”) to humdrum (“Money” featuring Huck Fynn, Oezlem, and Horn Dogs), it is the instrumental format where will truly flourishes. Showing a true knack for experimentation, will leisurely darts back and forth between the reggae-scented “Possessions,” “Lost Change” (which coalesces jazzy horns, with junkyard band riffing), and the hazy electronic fuzz of “Thai Arrive,” which unfolds like a Radiohead track, minus the attitude. Similarly, “Lay Me Down” has the potential to be a breakout hit, as will’s infectious snare claps and blissful horn snippets provide a cooled-out platform for Terry Dexter’s soulful vocal scatting. On “Control Tower” will inserts a vocal clip that states, “I’m on the brink of a great achievement.” Though “Lost Change” falls short of those expectations, will does an admirable job of implementing a host of different styles, without losing the listener in the process, as “Lost Change” is a sophisticated, musically enthralling endeavor, which still manages to be accessible.¨

This album continues to span the musical styles of ‘Bridging The Gap’ and will appeal equally to beat headz, new & old jazz listeners, soul lovers – in fact anyone who is into high quality music. The Black Eyed Peas’ music incorporates everything from hip-hop, jungle and trip-hop.

Must B 21 is will.i.am’s second studio album. It was released on September 23, 2003 by Interscope and Clobumbia Records. Originally, it was available only on Vinyl, but in December 2003 it was released on CD as well.

Similarly to the first album, no singles were released from this album. The 17th track – “Go!”, was regularly used as the theme for the NBA Live 2005 and Madden NFL 2005 seasons. Later, the song “I’m Ready” was re-worked and re-titled as Let’s Get It Started for the Black Eyed Peas’ album Elephunk.

Must B 21 is the new artist album from lead MC and producer of The Black Eyed Peas, Will.i.am. Right on the heels of The Peas Elephunk, Will delivers his second installment of BBE’s widely respected Beat Generation series.

Armed with lyrical comrades KRS ONE, MC Lyte, Planet Asia and Phife from A Tribe Called Quest, Will successfully reiterates his musical mission; to bring the fun back into Hip Hop by incorporating and fusing the elements of Jazz, Funk, Electro, Rock and Soul.

Must B 21 delivers what it promises; It is the definitive Soundtrack to get things started! Enjoy y’all! 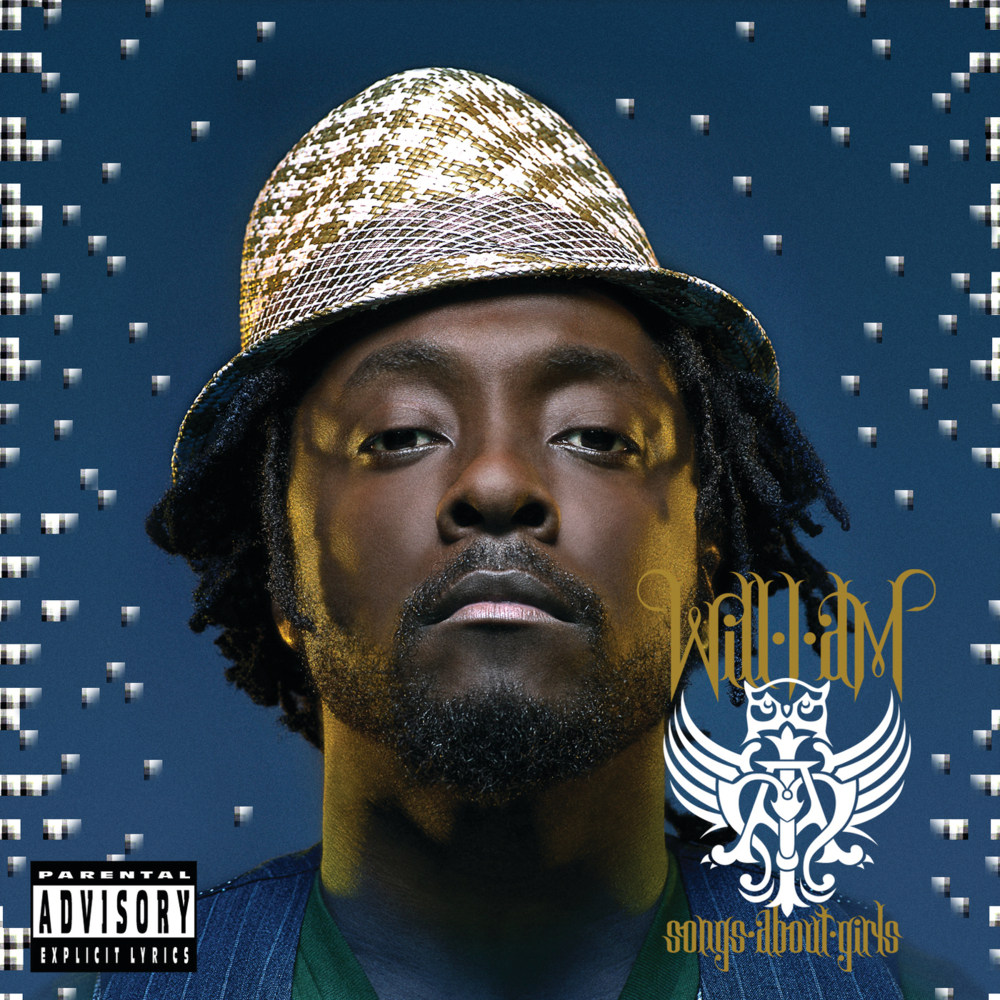 Songs About Girls is will.i.am’s third studio album. It was released on 25 September, 2007.

”Where all the songs could tell a story of falling in love, falling out of love, trying to get back in love, destructing love and destroying love and then starting a new situation. That journey is what makes this unique.” This is how will.i.am described the album.

Originally, the album was supposed to feature collaborations with Slick Rick, Ice Cube, Q-Tip, Common, Snoop Dogg, Too Short, Busta Rhymes, and Ludacris, but unfortunately, the only collaboration that made it through the final cut is “The Donque Song” featuring Snoop Dogg. In the single release of the second track – Heartbreaker, Cheryl Cole sings the backing vocals.

Boasting the best album-length production of the year, will.i.am’s Songs About Girls is a tour de force of next-generation contemporary R&B, all of it devoted to girls — girls he wants, girls he wants back, girls who are gone, girls he’s glad are gone, and, of course, girls trying hard to make a living for their family as strippers. Although the trailer single, “I Got It from My Mama,” had threatened to become even more obnoxious and unescapable than Black Eyed Peas’ “My Humps” — replacing Fergie’s awkward come-ons with will.i.am’s clumsy rapping — it’s the lone note of pandering on this record. (Perhaps another should be guest Snoop Dogg lofting the word “donque” into the popular consciousness.) Recorded everywhere from Rio to The Record Plant, Songs About Girls percolates with more innovation, enthusiasm, and excitement than contemporary work by Pharrell, Kanye West, Mark Ronson, or anyone else remotely in the same league. Fortunately, will keeps the anthemic rapping to a minimum, instead sing-speaking or pleading plaintively behind a parade of filters and emoting rather than motivating. Musically, there’s all manner of technical wizardry on display, including vocoderized electronics, surprisingly acid-washed synth on “The Donque Song” (how long has it been since Snoop Dogg rapped over a 303, doctored or not), and “Get Your Money,” the latter of which may be the classic tale of a stripper with a heart of gold, but, powered by a swing-house M.A.N.D.Y. sample, should provide the requisite credibility to rehabilitate the man who unleashed “humps” on the populace.
– AllMusic

The set up for this record bodes well. will.i.am, real name William Adams, ventures from his Black Eyed Pea safety net and tests production skills that have spawned hits for the likes of The Pussycat Dolls and Justin Timberlake against his own vocal wares. Time to forget the divisive “My Humps” and let Adams sink or swim all on his own.
The album falls at the first hurdle with the lackadaisical “Over”. Using an Electric Light Orchestra sample, it is a pedestrian start, particularly when you square it up to the usual musical E numbers served up by Black Eyed Peas. Surprisingly, it sounds lazy and Adams sounds bored. From that moment, lift-off never really takes place and “Heartbreaker”, “Get Your Money” and “Impatient” (plucked fresh from Daft Punk’s refuse dump) all suffer the same fate.
Ultimately this album is as expansive as its title. Partially autobiographical, the record is based around one serious relationship endured by Adams and tales of other lost loves added for good measure. This equates to songs about inheriting looks (“I Got It From My Mama”) and those about backsides: The lamentable “The Donque Song” featuring Snoop Dogg’s most vacuous cameo for some time.
Supposedly its charm lies in its disco flavour, quirky electronic rhythms and will.i.am’s well-humoured rap flow, but this wore thin very quickly. With 17 tracks to wade through, it’s far too long and although “Invisible” and “Make It Funky” are palatable, only the most ardent will make it that far.
Hardcore Black Eyed Peas fans will consider this a useful form of escapism but casual users will be left disappointed. The soulless record would have benefited from Adams tapping up contributors from his extensive list of heavyweight contacts and adding some bite to its bark.
– BBC

The Black Eyed Peas’ will.i.am has kept plenty busy over the past few years, crafting diverse tracks for everyone from Justin Timberlake to Talib Kweli to Sergio Mendes. Given that some of the rapper-producer’s least profound work — bubblegum cheer-hop like Fergie’s ”Fergalicious” and the Peas’ own ”My Humps” — has also been his best-received, it’s no shocker that he would choose a similar direction for his own project. Indeed, the only surprise on Songs About Girls, will.i.am’s first solo effort on a major label, is that he has miraculously managed to transport us to an even flimsier dimension of vulgar dance music.
Certainly, pop these days isn’t ringing with complex examinations of romantic relationships. Still, by naming the album as he did, will.i.am draws attention to the fact that the ”girls” of whom he sings are, in his most generous estimation, gossamer ideals to be pined over after he breaks their hearts in unspecified ways. Primarily, though, they are steady-shimmying, modern-day Hottentot Venuses in need of badonkadonk appraisal. You may already be familiar with the ghastly, repetitive first single, ”I Got It From My Mama,” a shrill ode to ”beautiful buns” during which will.i.am offers this sensitive insight: ”If her mother real ugly, I guarantee she gone be ugly like her momma.” Songs also includes such blunt objects as ”The Donque Song,” another ass dedication, and the confused stripper anthem ”Get Your Money.” On the latter, will.i.am professes a liberal tolerance for the ”private dancer, bubble twister,” only to quickly add, ”Just be glad she ain’t your sister.”
These cuts are crude and unimaginative, and that’s not simple prudishness talking. In this post-Sir Mix-A-Lot age, even the most proper among us love a fun, edgy booty song. But will.i.am neuters that guilty pleasure with stiff drum programming, robotic guitar bursts, and vaporous synth melodies. (With so many house-music beats and watered-down electro elements, it’s quite possible the guy was aiming for retro and wound up dated.) When he’s not crooning come-ons in his merely adequate voice, will.i.am’s near nursery rhymes resound with clichés and tossed-off nonsense — even on ”S.O.S. (Mother Earth),” a sappy dirge to environmental issues clearly intended to be the one deep song. ”When an Eskimo gets bit by a mosquito,” insists will.i.am, ”somebody in Miami will get swept by a tsunami.” Sadly, that says as much about girls as anything else on this half-assed exercise in superficiality.
– Neil Drumming, EW

#willpower is the fourth and most recently released studio album by will.i.am. It was released on April 19, 2013 by will.i.am Music Group and Interscope Records.

The first official single was "This Is Love". It was released on June 1, 2012. It premiered on BBC Radio 1 on May 14, 2012. The second single taken from the album was "Scream & Shout". It was released on November 20, 2012. A remix of this song was later released in January 2013. In addition to Britney Spears, the track also features Lil Wayne, Waka Flocka Flame, Hit-Boy and Diddy. A music video for the remix was released on February 14, 2013. The third official single was "#ThatPOWER" and released on March 15, 2013. It premiered the same day on Capital FM, London. "Bang Bang" was released as an official single in the UK, only. It premiered on the radio on June 26, 2013. "Bang Bang" was also featured on the soundtrack for the 2013 movie "The Great Gatsby" featuring Leonardo DiCaprio. "Fall Down" was released as a radio-only single in Australia and Italy. It premiered on Australian radio stations in June 2013 and on Italian radio stations in September 2013. "Feelin' Myself" was released on November 26, 2013 as a lead single for the re-release of the album. A music video for this single was released, as well. With the re-release of the album, "Feelin' Myself" replaced "Let's Go" as the fifth track due to copyright issues with "Let's Go". On November 18, 2013, an alternative version of "Bang Bang" was released on the sampler album "Now That's What I Call Music 86" in the United Kingdom. The alternative version features vocals from The Voice UK-contestant Leah McFall.

#willpower was re-released on November 26, 2013. The re-release includes the single "Feelin' Myself" featuring Miley Cyrus, French Montana, Wiz Khalifa, and DJ Mustard, to replaced "Let's Go" featuring Chris Brown. Even though "T.H.E. (The Hardest Ever)" featuring Jennifer Lopez and Mick Jagger was used to partially promote #willpower, the song did not make it on the release itself.